Make a Donation To make a donation to Useful Ministries, Inc. with your credit card, just click on the donate button below. This non profit organization focuses on helping the youth and small churches experience more success faster. 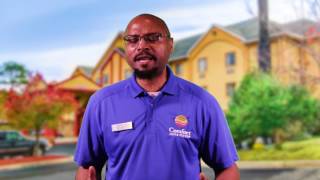 We Have A New Hotel

My Baby had a Baby Boy!

Help me find a personal assistant

Top 10 Reasons Why I Love Althea

As the controversy over Chick-fil-A’s founder publicly opposing same-sex marriage continues – Mike Huckabee is pushing for a Chick-fil-A day, while the Jim Henson Co. is cutting ties to the chain - we’re republishing our list of 10 other religious companies.

1. Forever 21. The young women’s clothing company may be best known for its skimpier and saucier offerings, but it also exudes subtle piety. The words John 3:16 – a citation of a biblical verse popular among evangelical Christians - appears at the bottom of its stores' shopping bags. A spokeswoman for the company told The New York Sun that the message is a "demonstration of the owners' faith."

2. Tom’s of Maine. After launching the natural home products company in 1970 with his wife Kate, CEO Tom Chappell nearly left it to pursue full-time Christian ministry. While receiving a master's at Harvard Divinity School, however, a professor advised him to just treat his business as ministry. “He began bringing in different spiritual leaders to talk to the board about how they could use spiritual principles to run the company,” says the Tyson Center's Neal. Beyond environmentalism, the company seeks to "create a better world by exchanging our faith, experience, and hope."

3. Tyson Foods, Inc. The world's largest chicken company employs a team of chaplains who minister to employees at production facilities and corporate offices. Other corporations contract out such services, but it’s rare for a company to keep chaplains on the payroll.

"The chaplains provide compassionate pastoral care and ministry to team members and their families," according to Tyson's website, "regardless of their religious or spiritual affiliation or beliefs."

Tyson recently gave money to launch the Tyson Center for Faith and Spirituality in the Workplace at the University of Arkansas, one of the first academic centers of its kind.

4. Hobby Lobby. The privately held chain of more than 450 arts and crafts stories isn't shy about its Christian orientation. "Honoring the Lord in all we do by operating the company in a manner consistent with Biblical principles," reads the company's mission statement. "We believe that it is by God's grace and provision that Hobby Lobby has endured."

The company supports a slate of Christian interests, from Oral Roberts University to the conservative Alliance Defense Fund, and is known for taking out overtly religious newspaper ads around the holidays.

5. ServiceMaster. Never heard of this corporation? Perhaps some of the residential services companies it owns, like Terminix and American Home Shield, will ring a bell.

The company was founded in 1929 by Marion E. Wade, who "had a strong personal faith and a desire to honor God in all he did," according to ServiceMaster's website. "Translating this into the marketplace, he viewed each individual employee and customer as being made in God's image - worthy of dignity and respect."

The company, formerly public but recently taken over by a private equity firm, still consciously tries to "do the right thing in the way that employees treat customers," says Theodore Malloch, who leads Yale University's Spiritual Capital Initiative. "It's a theological statement about servant leadership - think of the picture of Christ washing the feet of his disciples."

6. Herman Miller. The Michigan-based furniture manufacturer's founders were steeped in the Reformed Protestant tradition. "It retains a lot of that in practices that revolve around a notion of respecting the dignity of the human person and a strong environmental ethic that grew out of the religious responsibility," says Yale's Malloch. Indeed, Herman Miller - perhaps most famous for its Aeron chair - prides itself on environmental philanthropy and on regularly appearing on Fortune's annual list of best companies to work for.

7. Interstate Batteries. The car battery giant has a "self-avowed religious identity and is very open in their God talk" in internal training and communication, says Lake Lambert III, author of Spirituality, Inc. Former company president Norm Miller moved to the role of chairman to allow more time to address Christian audiences. Miller talks to those "interested in how he found the truth of Christianity," the company's website says, "and how he learned to effectively apply biblical principles to create a more successful business." Interstate employs its own chaplain.

8. In-N-Out Burger. Chick-fil-A is hardly the only fast-food outfit to make its founders' religious leanings part of its recipe. Western U.S. burger chain In-N-Out has printed citations of Bible passages on cups, wrappers and other pieces of packaging since at least the late 1980s. For instance, "John 3:16" appears on the bottom of soft drink cups, a reference to the Bible passage, "For God so loved the world, that he gave his only begotten Son, that whosoever believeth in him should not perish, but have everlasting life."

9. Walmart. Treat this one as an honorable mention. Lambert says the Walton family, which founded the company and still own a major stake in it, has used Christian servant leadership models in building the world's largest retailer. And the company's Arkansas roots helped sensitize it to the shopping habits of churchgoers. It helps explain why Walmart long carries the kind of Christian books that were once the exclusive province of Christian bookstores. "You don’t find those kinds of things in J.C. Penney," Lambert says. But Walmart has been so successful with such material that it's now become a business threat to Christian booksellers.

We Have A New Hotel

My Baby had a Baby Boy!

Help me find a personal assistant

Top 10 Reasons Why I Love Althea